Thanksgiving calls for pumpkin pie even though there are a great number of people who don’t actually like it, right? When I first came to Canada, I had never had pumpkin pie before. And when I tried it, I wasn’t really a fan. I didn’t like the monotonous texture, and I wasn’t excited by the flavour. But I love that it’s a traditional food for this Canadian (and American) tradition, so it feels like there SHOULD be pumpkin pie on the table for thanksgiving. So I made it a mission to create a recipe that I would actually like!

Now, not only did I end up LIKING this pumpkin pie, I LOVED it. It is not like any other pumpkin pies I’ve had—it’s light and fluffy yet it’s still creamy with melty bits of white chocolate all throughout. It’s scented with citrus which brightens up the warm, sweet spices. The best part is that it is topped with candied pecans which adds a crunchy texture that I found lacking in the traditional pie. All in all, I’m a pumpkin pie convert…but only when they taste like this one!

For the candied pecans: 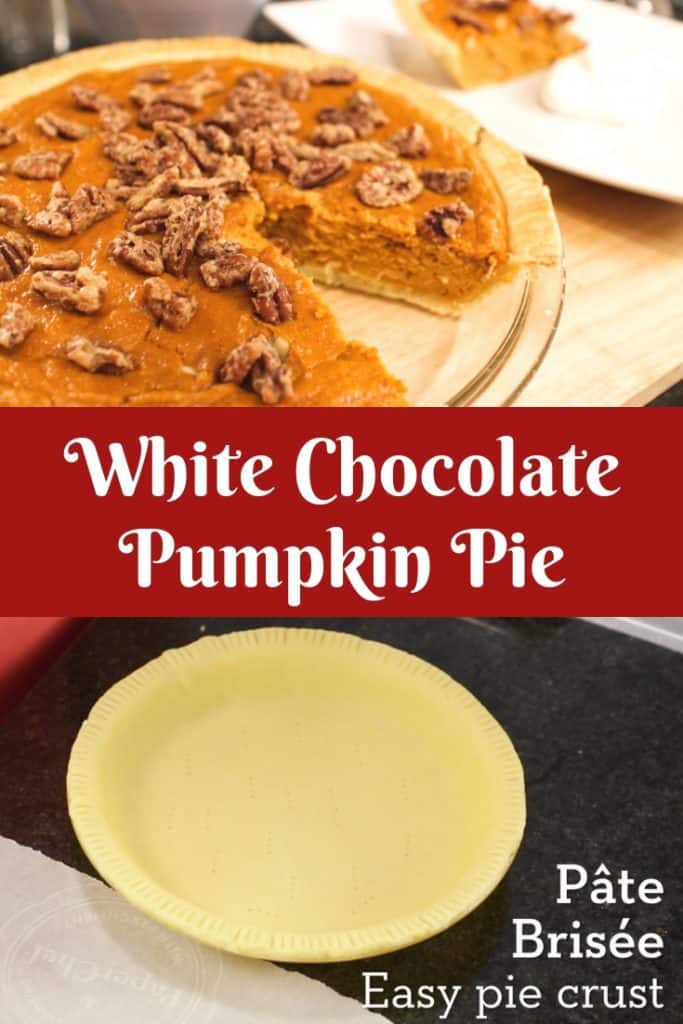