When people go to Thailand, and often make sure they get to try Pad Thai. But many may not realize that at some of those Pad Thai vendors, there is another dish on the menu that is almost like a hidden gem, ordered only by locals. That dish is called Kanom Pakkaad, or Kanom Huapakkaad for the long version. It's basically an immensely satisfying stir-fry that uses cubes of Chinese turnip cakes. Yes, the same turnip cakes that you often see at dim sum restaurant, also known as lo bak go, radish cake, daikon cake, or even carrot cake (but no, there is no carrot in it).

I've already shown you how to make my mother-in-law's epic turnip cakes, and with that, this recipe is a breeze. Though I must caveat it with the fact that MOST places that sell kanom pakkaad in Thailand will use turnip cakes that are relatively plain in comparison to my pimped out, luxury version with dried scallops, dried shrimp, Chinese sausage and shiitake mushrooms. On the street, the turnip cakes used may be plainly made with just daikon, or they may have a little bit of dried shrimp and/or shiitake mushrooms. I've seen some vendors add boiled peanuts, but there's definitely not gonna be any dried scallops involved!
So what I'm really saying is...my recipe is unlike anything you will find on the street, and in a good way!

All my recipes come with step-by-step video tutorials with extra tips not mentioned in the blog post, so make sure you watch the video below to ensure success - and if you enjoy the show, please consider subscribing to my YouTube channel. Thank you!
Print

2. I've given the amounts for 1 serving, which can be easily multiplied to serve however many people you wish. HOWEVER, I would not cook more than 2 servings at a time because crowding the pan will make it soggy, and it'll be difficult to toss many turnip cakes at once and you may end up mushing them. The part where you sear the turnip cakes, you can do as many as your pan size will allow, but comes time to toss it with the other ingredients, I would do 1 or 2 servings at a time.

*Have all your ingredients prepped and ready to go since this recipe goes very quickly! 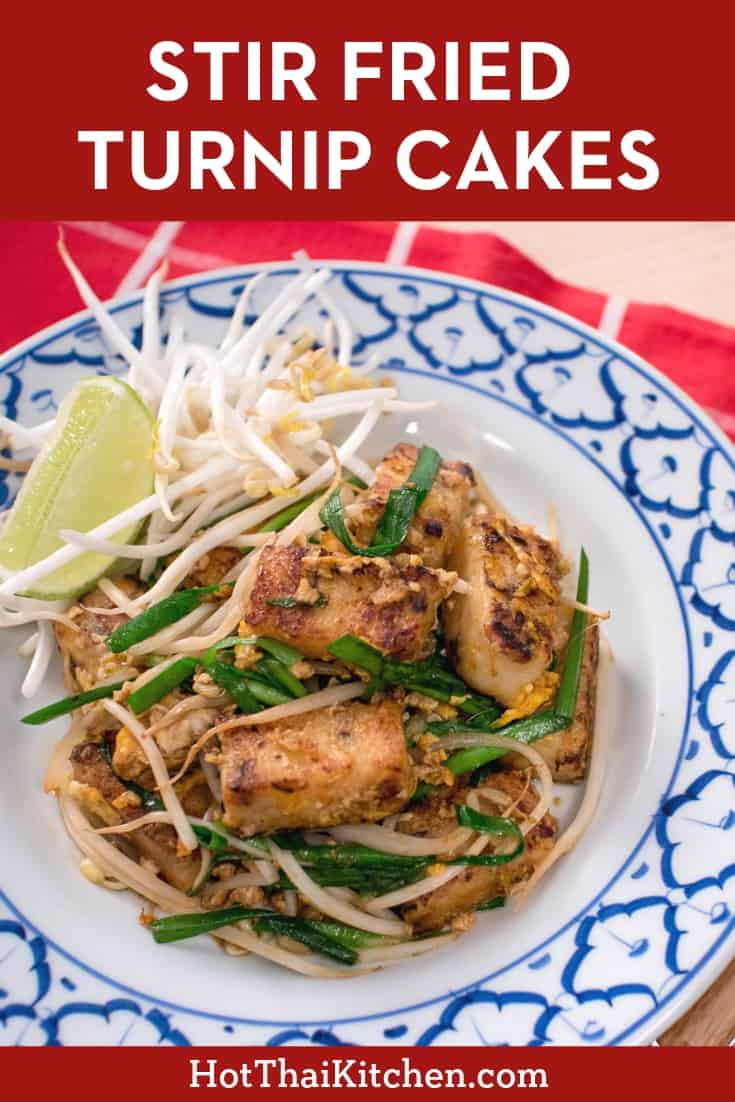