A family recipe that will live on.

I am honoured and excited to be sharing my mother in law’s famous turnip cake recipe! This is a classic dim sum dish, but it’s also something my MIL always makes for us every Chinese New Year. Honestly, I’ve never had a version at any restaurant better than hers, which is why I insisted on going over to her house to watch her make it. As most recipes from our mothers and grandmothers, there isn’t much written down if anything at all. So I literally filmed her making it so that I can document the exact process, so that this recipe will always live on to future generations! Thankfully she at least had the amounts of ingredients in writing, so I just had to make sure I got the process down.

If you’ve never had turnip cake (also known as daikon cake and lo bak go), it may not sound like the most delicious thing at first. But trust me, with the addition of dried shrimp, scallops, Chinese sausage and shiitake mushrooms, this is one of the most umami-filled comfor foods. There’s a reason why it’s a classic!

What is a Turnip Cake?

Turnip cake, or “lo bak go” in Cantonese…doesn’t actually involve any turnip! More accurately it should be called a daikon cake because the daikon radish is the main ingredient. And it’s not a “cake” like a chocolate zucchini cake. The only thing that’s “cake” about it is the fact that it’s cooked in a block, cake-like shape.

It’s a classic dish served at dim sum restaurants, so I guess it’s classified as “brunch”. The most classic way to eat these turnip cakes is to simply pan sear them until browned, then served with hot sauce and soy sauce. But I’ve also seen the turnip cakes cut into cubes then stir-fried with XO sauce and beansprouts as well. My husband (who is Chinese) loves cracking an egg into the pan while pan frying them, then scrambling everything together.

What’s with all the dried ingredients?

Even though this is a dish made mostly of daikon, it’s amazingly filled with savoury umami flavour, and that’s because of the dried shrimp, dried scallops, and dried shiitake mushrooms. These ingredients are relatively mild-flavoured in their fresh state, but when dried, something happens to them that just turns them into umami bombs! An intense, robust, meaty aroma develop, and it’s absolutely key to this recipe. The Chinese sausage, of course is also very important in adding texture, a slightly sweet flavour, and don’t forget the pork fat!

Where to buy all the dried ingredients for this?

You can keep the cakes in the fridge for up to a week, and fry them up whenever you want to eat. You can also freeze them, but make sure you slice them before freezing so you can just thaw what you want to eat. To delay freezer burn, wrap the cake in foil, then place in a heavy duty freezer bag. Let them thaw at room temp, and fry them up as usual. I find the texture to be a tad softer after frozen, but still perfectly fine.

Note: Make sure you plan in advance and soak your dried products at least 3 hours before making, especially if using scallops which take longer to rehydrate. I like to soak them the day before, and I keep them in the fridge. If using only mushrooms and dried shrimp, one hour of soaking should be enough time. 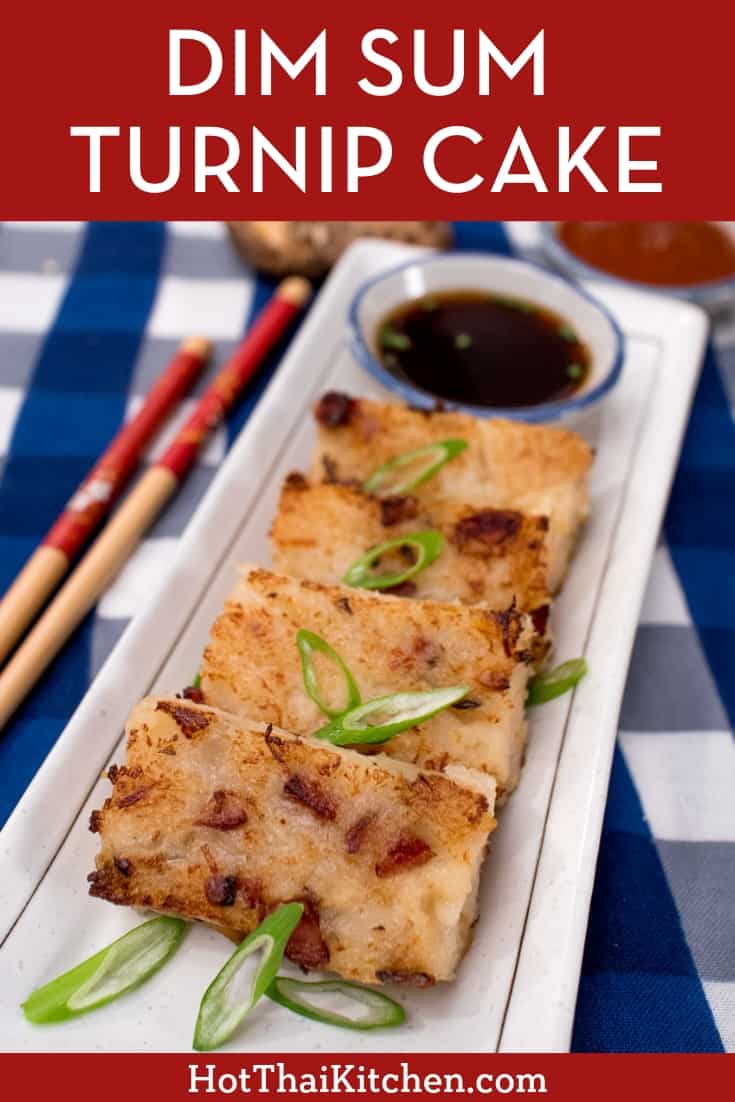